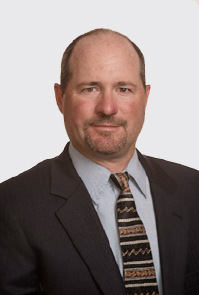 Matt graduated with a Bachelor of Science in Health Science and a Master of Physical Therapy from The Philadelphia College of Pharmacy and Science in 1992.  In 1995 he co-founded PRO Physical Therapy (PRO) in Wilmington, Delaware. As President of the firm, Matt and his partners grew PRO into one of the largest private, outpatient physical therapy companies in the Mid-Atlantic region.  Following the sale of PRO in 2006 to Chicago-based ATI Holdings, LLC, a private equity-backed physical therapy company, Matt accepted a position on ATI’s Board of Directors and served as President of the East Coast Division.

In 2009, Matt, along with Frank DiGregorio, formed Molecular Imaging Services International (MISI) as a subsidiary to Frank’s company, Molecular Imaging Services, Inc (MIS), to enable the acquisition of Cardinal Health Care’s Nuclear Cardiac Stress Testing division. Upon the MISI merger with MIS in 2019, Matt assumed the position of President of the combined companies.

Back to Our Team
Is your practice maximizing cardiac services?

Stay connected with us

This website uses cookies to improve your experience while you navigate through the website. Out of these, the cookies that are categorized as necessary are stored on your browser as they are essential for the working of basic functionalities of the website. We also use third-party cookies that help us analyze and understand how you use this website. These cookies will be stored in your browser only with your consent. You also have the option to opt-out of these cookies. But opting out of some of these cookies may affect your browsing experience.
Necessary Always Enabled
Necessary cookies are absolutely essential for the website to function properly. This category only includes cookies that ensures basic functionalities and security features of the website. These cookies do not store any personal information.
Non-necessary
Any cookies that may not be particularly necessary for the website to function and is used specifically to collect user personal data via analytics, ads, other embedded contents are termed as non-necessary cookies. It is mandatory to procure user consent prior to running these cookies on your website.
SAVE & ACCEPT